What Dress Codes Really Teach Us 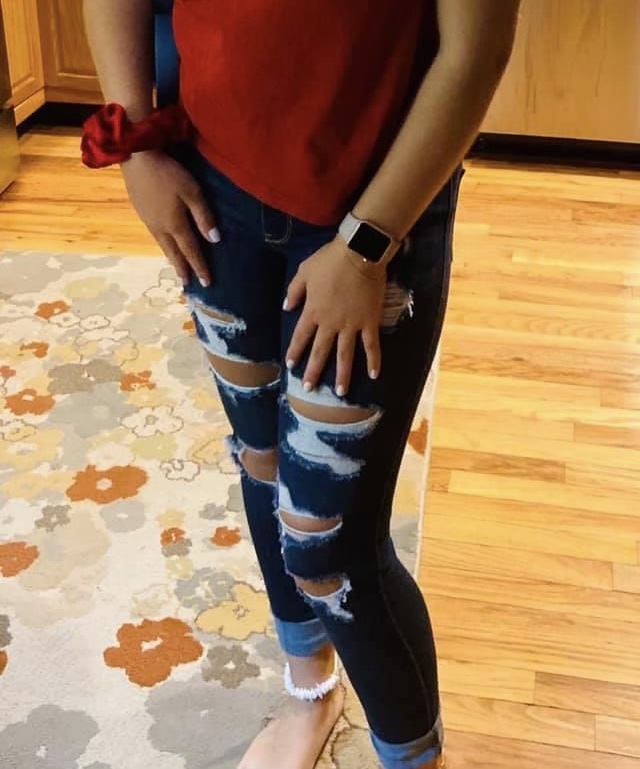 The school dress code: we all know it, and we all hate it. School dress codes in general are gender-biased, affecting women more frequently than men. These codes seem to put the blame on girls by indicating that their clothes are a distraction from the learning process. The dress code as it is currently, I believe, sends a message to young women that their bodies are the problem, not the ones looking at them, which can lead to body image issues and insecurity.

The unfairness of “dress coding” runs rampant in high schools, and this causes students to question the practice, and themselves.

“I express myself with my clothing, but it has come to my attention that it is too ‘distracting.’ I have been body shamed, sexualized, and accused of dressing for ‘attention’, but not by students — by teachers,” says Belle Tharp, a student at Woodrow Wilson High School.

There has recently been a petition in retaliation against the dress code. Started by Woodrow Wilson student Mary DiBenedetti; “End Unfair Dress Coding at Woodrow Wilson High School: Stop Sexualizing Students.” The petition currently has 233 signatures. It can be found on Change.org through a simple Google search.

These rules aren’t only just a problem at Woodrow, they’re an issue everywhere.

“I’ve worn shirts that cover basically everything except my shoulders and I’ve been told by teachers that it is ‘inappropriate’ or ‘distracting.’ I’ve had friends who have worn the same things who have been dress-coded before, and forced to change into gym clothes,” says Heredity, a student of a Michigan high school expressing herself over social media.

Dress codes can also target certain races or ethnicities with their restrictiveness. African-American students are more likely to be dress coded than their peers, according to a 2018 study of Washington, D.C. schools conducted by the National Women’s Law Center. Researchers found that African-American girls are “especially harmed by dress and grooming codes.”

When these codes are enforced, this often entails pulling the students out of class or even sending them home, and those girls often “fall behind in school simply because of the clothing they are wearing, the style of their hair, or their makeup,” according to the NWLC site.

I have also been personally affected by the dress code. Is this what we’re teaching our little girls? That their bodies are weapons being used against them, to call them out and shame them? Women have always seemed to face an extreme amount of pressure and judgment from society to be what is deemed as “acceptable” and “flawless” from a very young age. Making young girls feel uncomfortable in their own skin and blaming them for the trends of the day, as dress codes do, causes damage to self-esteem much earlier in life, and much more than people may think.