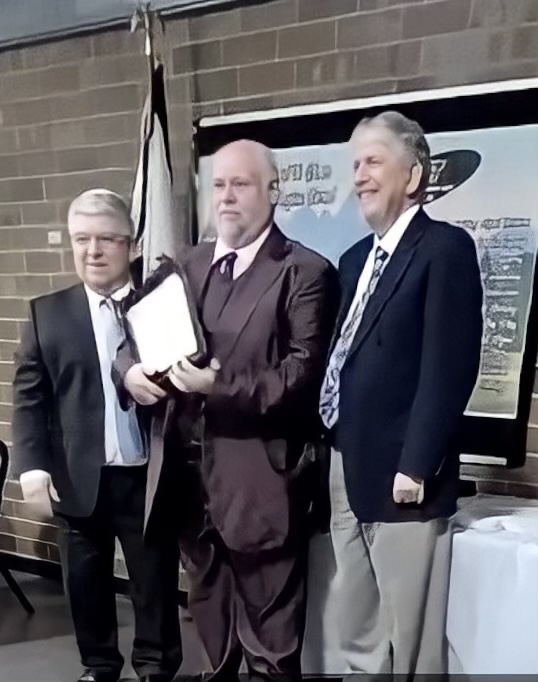 Mr. Quesenberry, or “Coach Q” (as students call him), was recently awarded the Teacher of the Year award from Woodrow Wilson High School. Originally awarded in 1952, this prestigious award recognizes teachers for their wonderful acts throughout the school year.

In a recent interview, Q shared his inspiration for becoming such an inspiring teacher. “I came from a small school,” he said. “I wanted to give kids opportunities I never got to have.” Mr. Quesenberry fulfilled his dream and completed a Bachelor’s degree in secondary education at Concord University. After completing his first degree, he started his career teaching in Sophia. Later, he would teach at Park Middle School, eventually landing at WWHS in 2003. Not only was this the first time he taught social studies instead of math, it was the first time he taught at a high school. During this time, he also completed two master’s degrees at West Virginia University. Besides teaching, he also signed up to be a coach, earning the name “Coach Q.”.He has coached a variety of sports including basketball, wrestling and track.

Not including his recent nomination for the Teacher of the Year award, Quesenberry has also been awarded several other titles such as the 2014 Gilder-Lehman State History Teacher of the Year, Outstanding Educator Award from the University of Chicago and he is a four-time recipient of the Outstanding Educator from Governor’s Honors Academy. He is also a two-time honoree in Who’s Who Among America’s Teachers and West Virginia’s Teacher Selection of the We the People “Founding Fathers Constitutional Seminars” at the University of Wisconsin.

Apart from teaching and coaching, Mr. Quesenberry is an active member of his church, likes movies and of course, helping others. He also participates in several activities throughout the year such as state social studies conventions and youth leadership initiative (regional and state training). His other interests include humor, Penn State Football, the Boston Red Sox and the Duke Blue Devils.